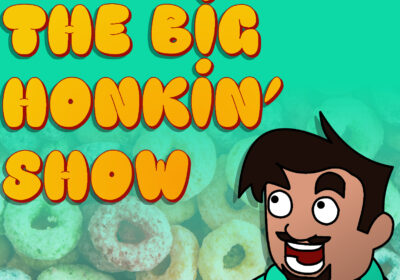 Playing catch up with getting podcasts posted. In this episode ringtones and cell phone etiquette in movie theatres is discussed. Steve learns a little bit about geography SURPRISE! as the guys talk about an idiot in Wal-mart. Steve avoids a run in with labor. Some listener e-mails, including a forward from Mama Honkin, are read and the usual hilarity ensues as Steve gets burned through an e-mail and the guys talk about Easter Sunrise Services, cats going nuts when you put them in a car…or if you’re a mailman, and other stuff that doesn’t matter, but it makes Saturday Morning fun.

Special note: This episode marks the first time that “Rock N’ Roll Train” by AC/DC was used two weeks in a row as the intro music for the show. This would lead to intro using the song as a base that would be a standard for years to come.